VALERIO ADAMI (1935 - ) was born on March 17, 1935 in the Italian city of Bologna. He begun to study painting at the age of ten and in 1951 he was accepted into the Brera Academy in Milan (Accademia di Brera) where he studied draughtsmanship in the studio of Achille Funi.

Italian painter and printmaker, he is a world renowned exponent of Pop Art and one of the few continental artists to receive critical acclaim in this genre of contemporary art. His first solo exhibition came in 1959 in Milan.

Since the beginning, mystery, dream and poetry appeared in his work, while gradually he started emphasizing on the line and the space denoting Metaphysical art and Giorgio de Chirico. During the 50s he came into contact with the artistic life of the rest of Europe. He met representatives of the abstract movement as well as the new figurative art which intended to present visual reality. In the 60s he participated in major exhibitions: at the Institute of Contemporary Art in London, Documenta III in Kassel and the Venice Biennale.

Valerio Adami, in a peculiar Italian version of Pop Art, defines his painting as a field of experiences integrated into an inner psychological spectrum. In his work, the pictures-thoughts are presented unaltered, threatening, with impressive sharpness. The object acquires an aesthetic and expressive value and his interest to create a pictorial narrative is expressed through the free combination of stylistic directions.’

Art historian Dore Ashton stated: ‘’Armed with his respectable education, at a time when the 'high' art of the first postwar period was being attacked by the young generation, the young artist, succumbed to the temptation to communicate with the wider world through the use of a cool, ironic version of the general language [...] the work of Valerio Adami does not hesitate to introduce allegorical and literary enigmas [...] there is a perception of a painting style honoring above all the memory (or imagination)."

There were many retrospective exhibitions of Adami's work all over the world such as those is Paris, the Centre Julio-Gonzalez de Valence (Spain), Tel Aviv, and Buenos Aires. He has also participated in many biennales and art fairs. Numerous books, articles and directories support and promote his work, which has been discoursed and studied by some of the greatest philosophers of our time, such as Jacques Derrida and Jean-Francois Lyotard, as well as by renowned authors like Carlos Fuentes and Italo Calvino. 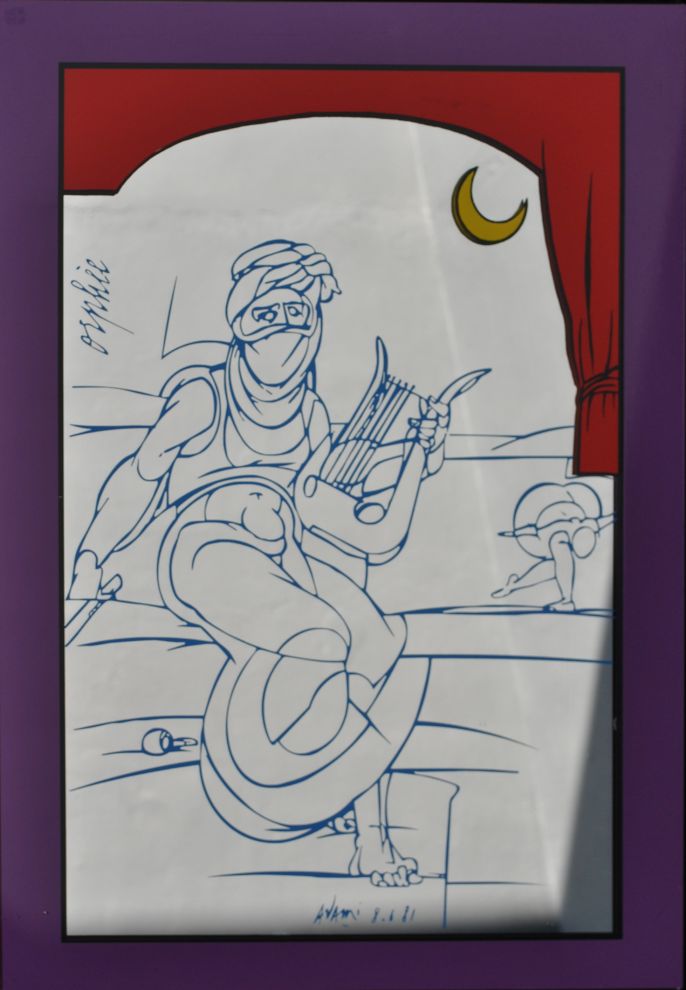 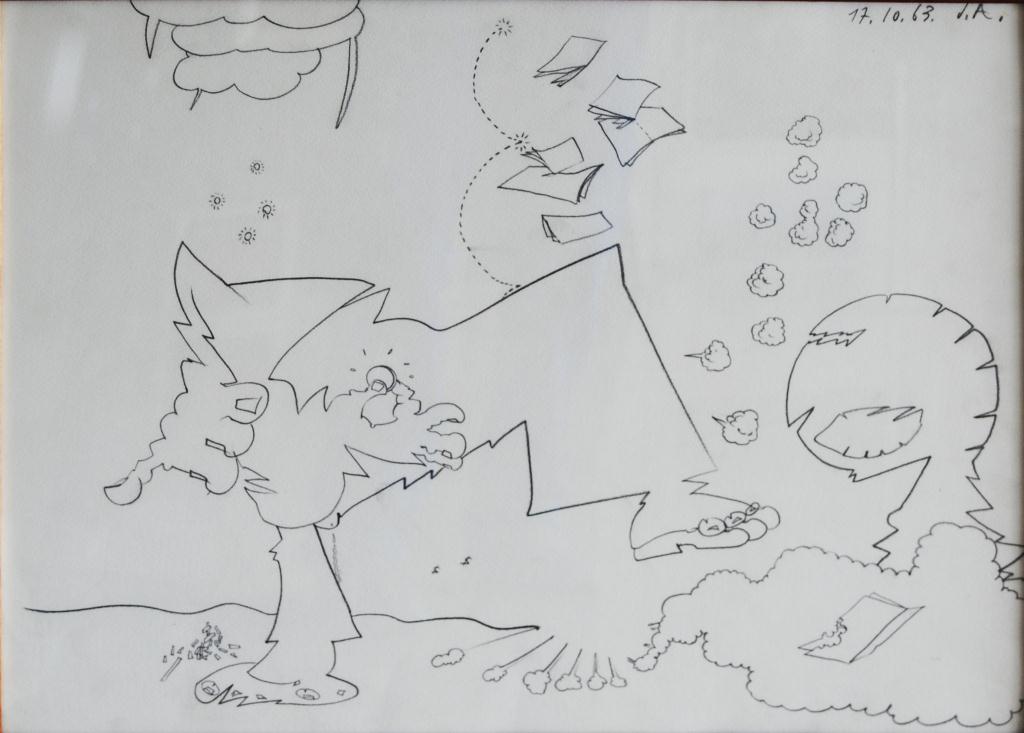