Pavlos Samios was born in Athens in 1948.

At an early age, he started painting and drawing by helping his father with his shoe workshop.

He became fond of religious painting that attracted his interest since his childhood and worked in Dionysios Karoussos icon painting workshop until the age of eighteen. At the same time, he attended classes on drawing in Panos Sarafianos workshop whereupon he was accepted at the Athens School of Fine Arts.

At the Preliminary stage he was taught by Nikos Nikolaou, whose work was based as a rule on the drawing and tradition of Classical Greek Art, and by Yiannis Moralis at the Workshop for Painting. Moralis taught his students to view light and shadow in an impressionist’s way but he did not intend painting to limit itself by the model. He meant his students to express it as deep as possible through their own efforts. Great masters all of them to whom he owes a lot, as well as to Yiannis Tsarouhis. He had the opportunity to meet Tsarouhis in Paris and to learn a great deal with regard to Greek tradition, seen through the eyes of a distinguished painter that influenced him a lot regarding his first paintings. At that time, he also frequented “Magemenos Avlos”, forming part of that exquisite group of friends who were induced to think freely beyond any bounds by Manos Hatzidakis, a master of speech and aware of the needs typical to youths.

Since 2000 he is a Professor as the Athens School of Fine Arts (Workshop for traditional painting fresco – Byzantine icons – manuscripts). He has painted many small churches using the fresco technique.

Pavlos Samios’ depictions, springing up from childhood and then personal experiences, remind us of traditional story-tellers where the Man-“Hero” plays various roles in his work just like actors do, roles that are at times amatory or exist in some kind of daydream. 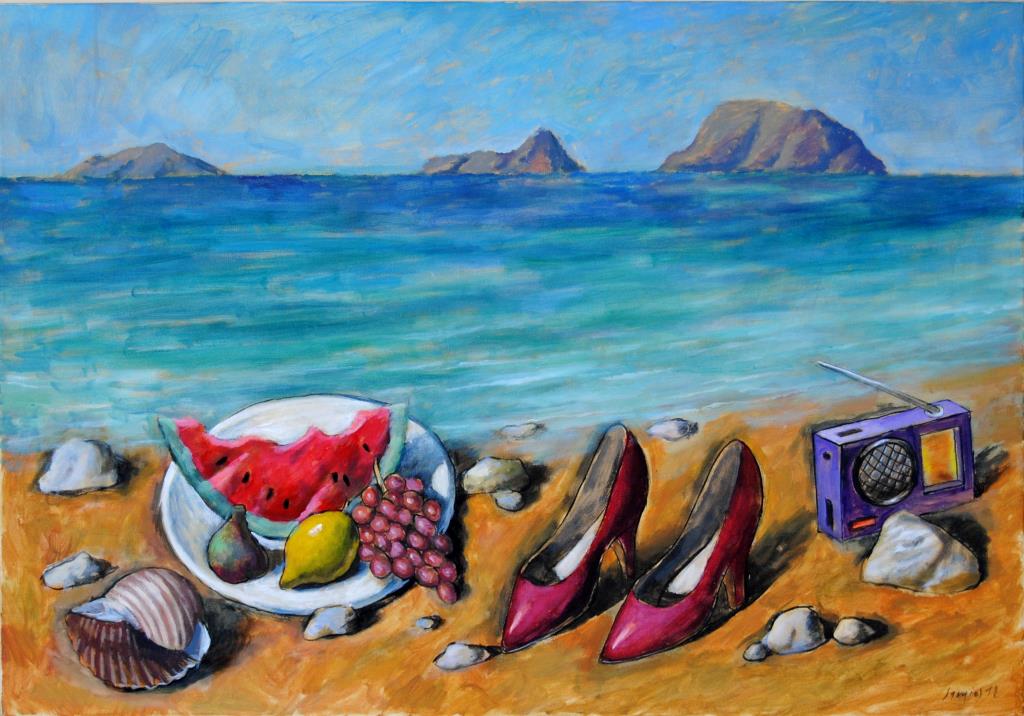 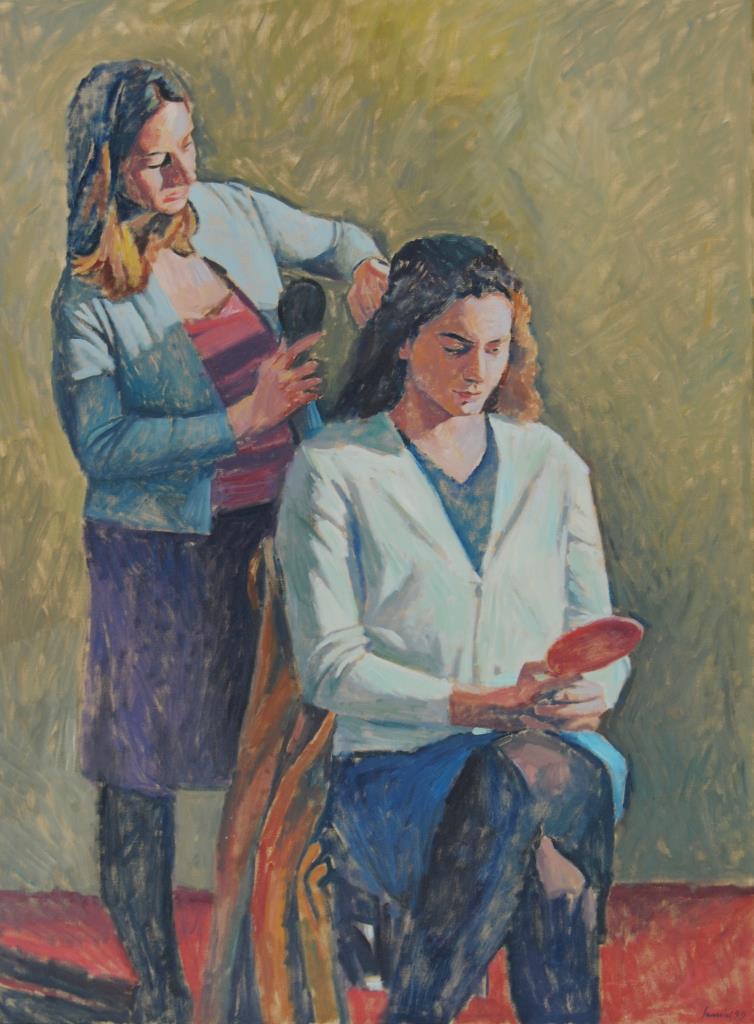