Painter , sculptor , Kallithea ( Prostova ) Agrinio , 1944 He studied sculpture at the Fine Arts (1966-1971) , taught by D. squid, G. Morali , N. Nicolaou and G. Papa , but soon switched to the field of painting , developing great activity . In sculpture, he worked mainly on soft materials such as wood and limestone, creating connections with abstract tendencies. In painting accepted fruitful influences from ancient Greek aesthetics and newer currents that allowed him to develop a personal style. Indulging in the project (pencil , ink , charcoal ) , a watercolor, oil painting , a pastel and use acrylic paints . Natural landscapes or fantastic representations of animals and birds but mainly connections dominated naked human figures with obvious display of sensuality arising from the languid attitude of the female body, and allegorical compositions are its themes.

Having investigated the dynamics of line and color and having practiced in modern morphoplastic perceptions - particularly of cubism and abstraction - led aesthetic choices in an simple and clear writing that recalls the stylistic formulas borrowed from the ancient tradition in the perception of neo-popular folk style with surrealist and expressionist couplings and once with symbolist references. In his work coexists warm curve of the human body with the hard lines of virtual building shapes resulting from the coupling and coexistence forms expressing the Greek cultural evolution. Released as a rule from the perspective , the issues met by diffuse colors used emphatically as apocalyptic climate that characterizes the work .

His works are in the National Gallery , the Museum Vorres etc. He has also been involved with the set design , the illustration of books, calendars , album covers and with the ply posters and cards. He is a member of EETE . 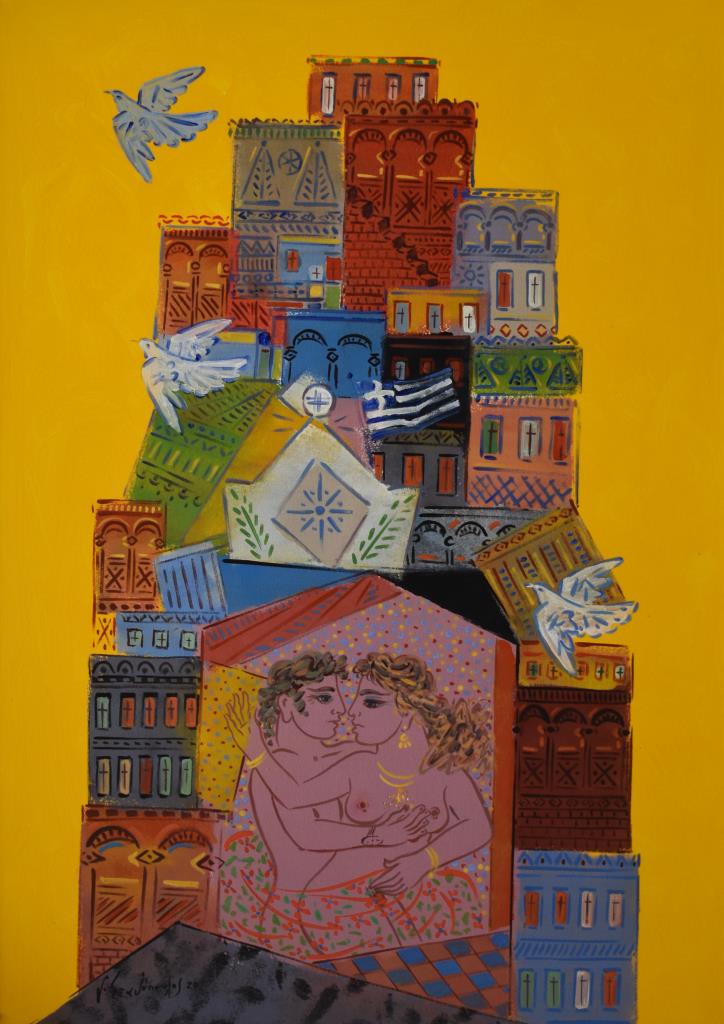 Αcrylic on canvas with gold leaves 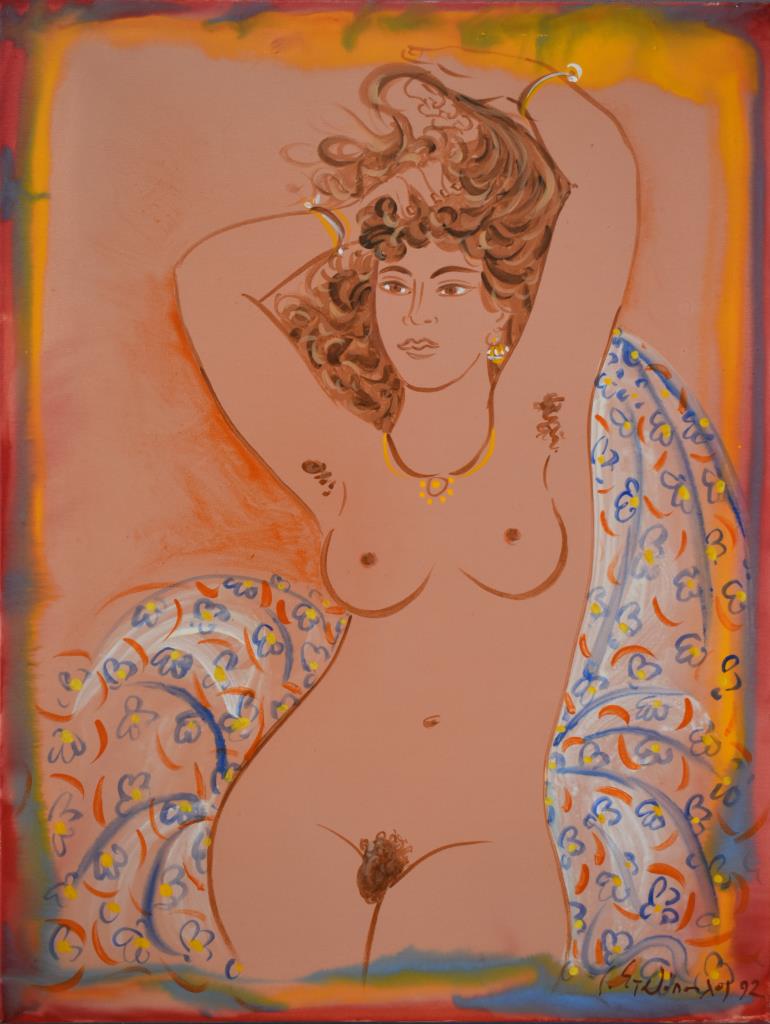 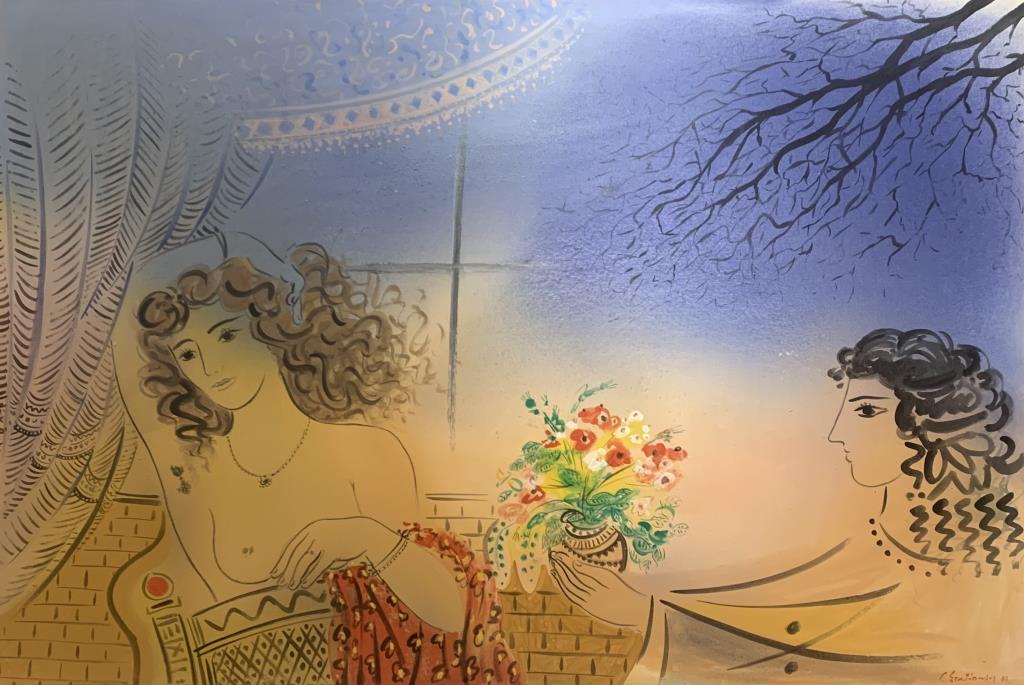 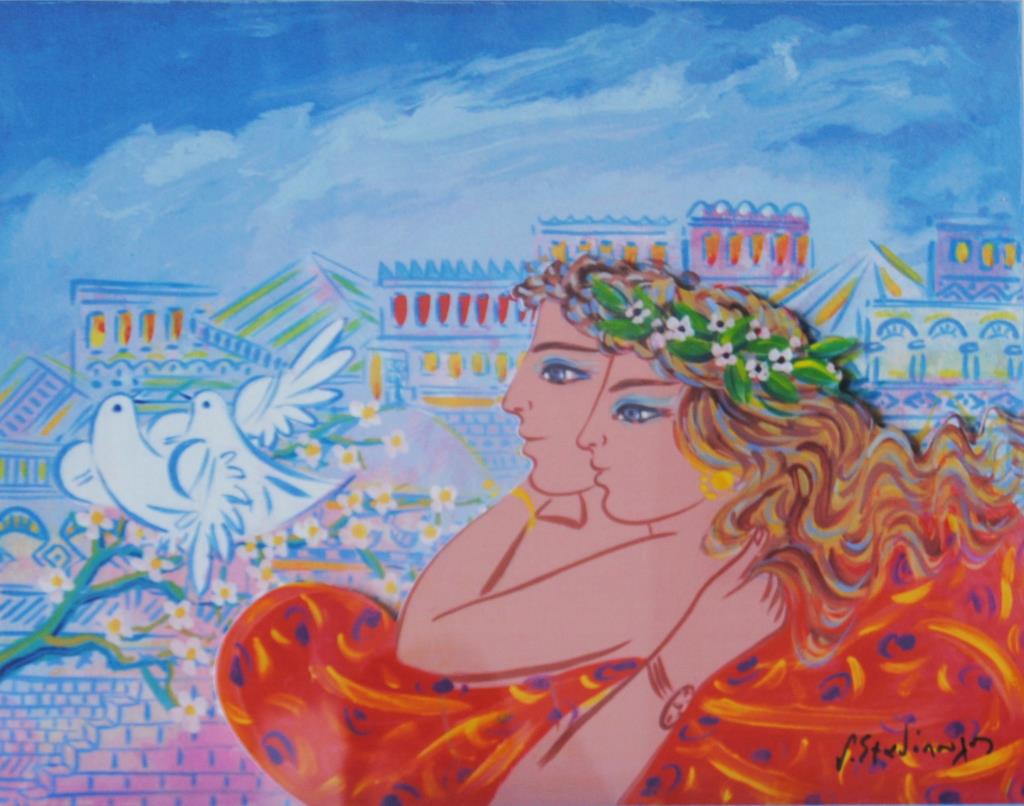