Nikos Papaloukas was born in the village of Pellapais in the province of Kyrenia in October 1969. Directly after the Turkish invasion in Cyprus in 1974 he was forced to relocate to Nicosia, his current residence where he lives and established his studio as a visual artist. During the period 1992 1994 he studied Graphic Design in Frederick Institute of Technology Nicosia, Cyprus. In 1998, he continued his studies to the Aristotle University of Salonika at the Department of Applied and Fine Arts where he graduated with honors. In 2011, he completed  a master’s degree in Fine Arts at Northampton University, England. He exhibited his work in Cyprus and abroad. In December 2011, he presented  his work in a solo exhibition in the Literature Museum of Kiev, Ukraine. The exhibition was part of the celebrations for the twenty years of diplomatic collaboration between Ukraine and Cyprus. In March 2016, the M. Kakoyiannis foundation hosted his solo exhibition, 'Little Circle'. His work has been included in various curated exhibitions and presented in Art magazines and Art books, in both Cyprus and Greece. After completing his Master’s degree, he was invited to teach at the university of Nicosia the History of Art lesson «Greek Art» (2012-2014 / 2016) and at the Cyprus Technological University in Limassol, the course "Drawing, Color and Composition" (2014-2017). Since 2017 he has been collaborating with the Cyprus Pedagogical Institute where he organizes workshops on teaching art to teachers, within the framework of the program “Collaborations with visual artists”. 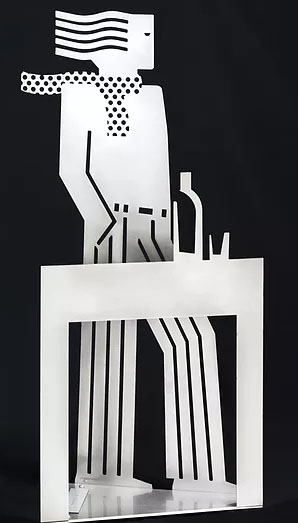