AIIROH (1987 - ) was born in Narbonne, France, he graduated with an art & design degree in France. At 13 years of age, he started working as a street artist, working on wall graffiti in various cities throughout France and Europe.

In some of his works, he integrates brands to remind us of the dependency that human beings have for consumer products. The graphic strength of these brands and the subliminal effect it has on our collective unconscious and on our aesthetic codes.

He declares himself simply as a follower of “Pop artists” mixed with street influences. His early works was inspired by French/Belgian comic icons such as “Lucky Luke” “Tintin” “Astérix” etc… For this matter, he created a series that sold out in 2 weeks called “Mixed n Pop”. The media was very different, without collage, just painting and the use within the collage of real Swarovski rocks.

For the past three years, he is focusing on re-interpretation of iconic figures and pop symbols through posters he finds in the streets of Paris, Marseille, Lyon, Toulouse, Narbonne, next to his old graffiti “spots”.

He is a well-established artist in France, Switzerland, and USA. 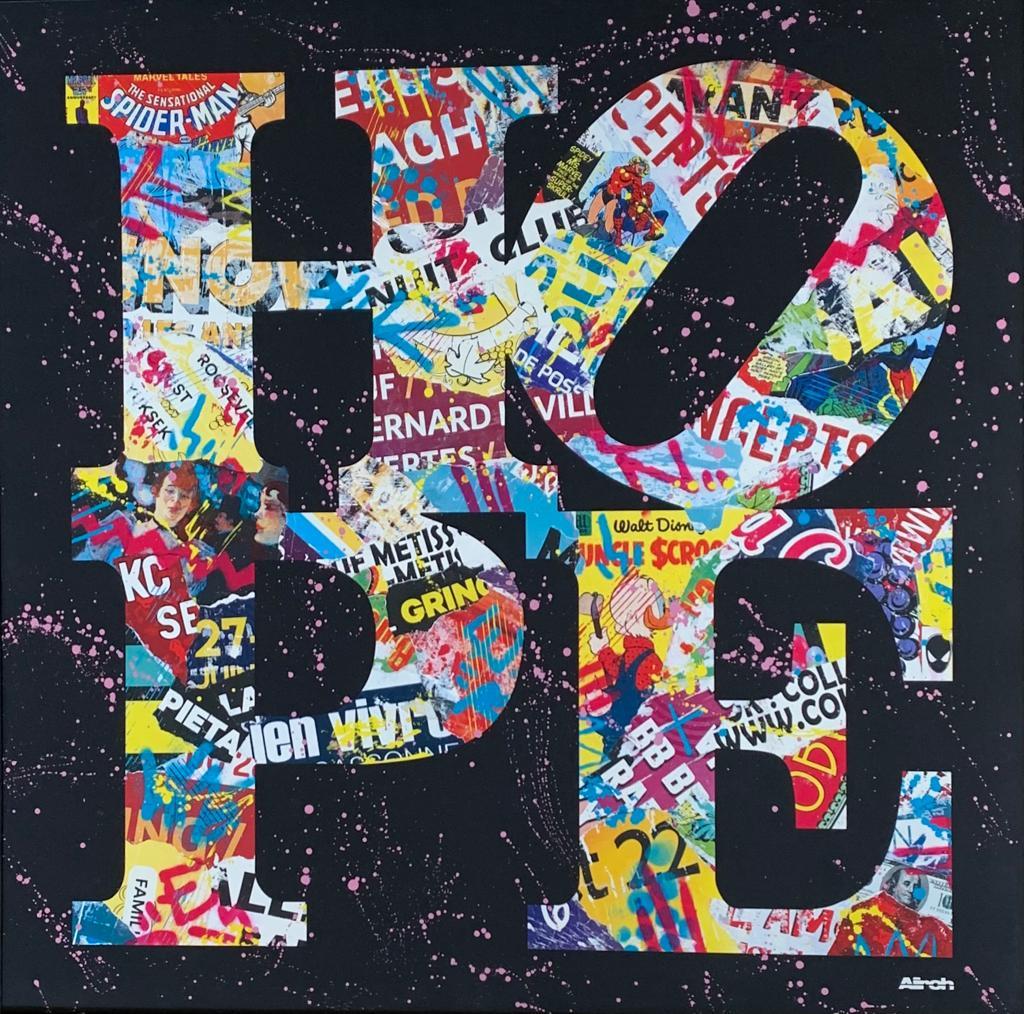 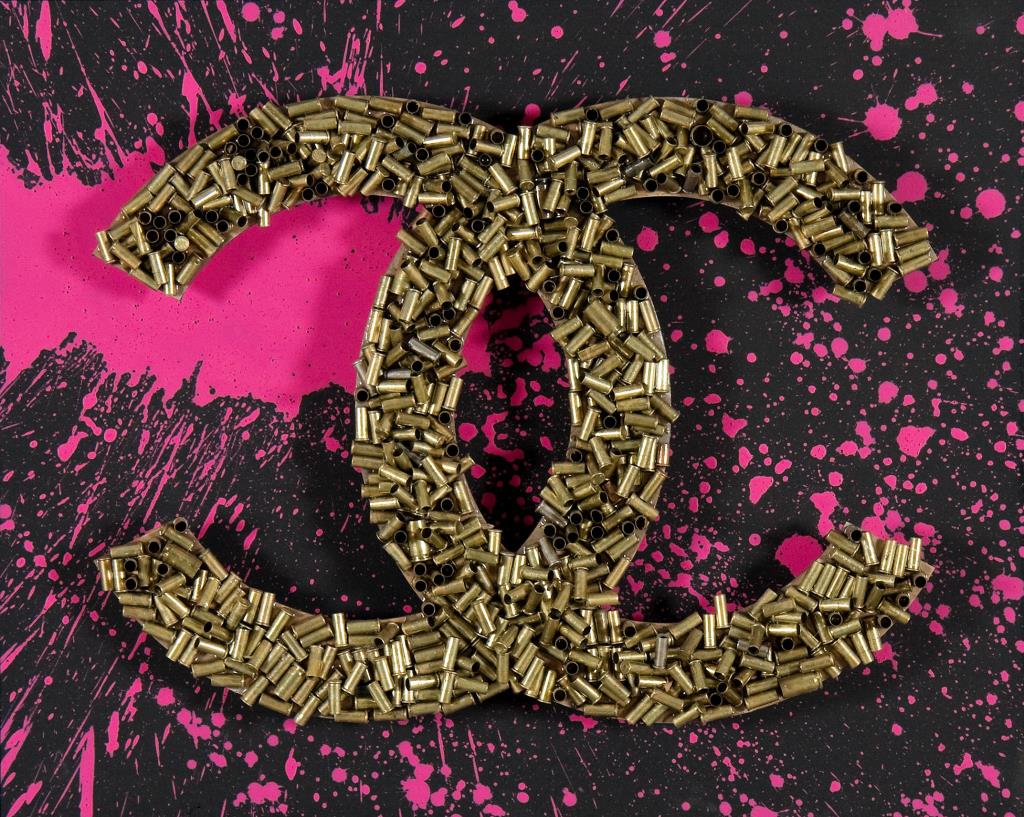 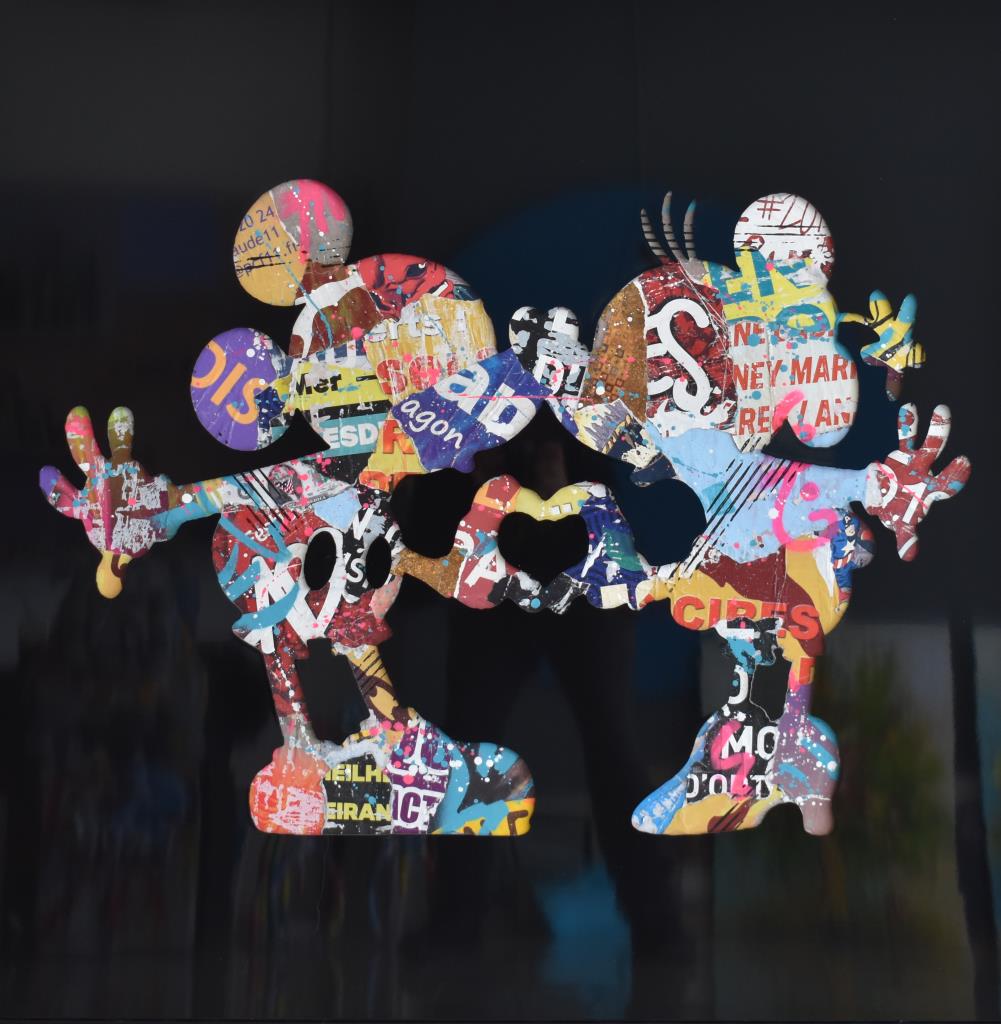 Mixed media on canvas and plexiglass