PAVLOS (DIONYSSOPOULOS) (1930 - ) He was born in Filiatra, Messinia in 1930. He studied painting at the Athens School of Fine Arts (1949-1953) with Y. Moralis. In 1954, he went to Paris on a French state scholarship. He returned to Athens in 1955 and worked in advertising and the theater until 1958, when he left again for Paris, on a 3-year Greek state scholarship (I.K.Y.) and settled there permanently. His artistic progress was largely influenced by the innovative atmosphere of the ‘60s, and especially by the New Realists and Pierre Restany, characterized mainly by his switch from conventional canvas painting to the use of cheap everyday materials of modern civilization. However, even though his pursuits are closely related and consistent with the Neo Realists, Pop Art and the return to figuration, Pavlos never joined in any of these movements.

He chose as his primary material the printed paper (mostly by posters), cut into fine strips with the use of a machine (affiches massicotés). The layout of the strips forms undulating surfaces, where colors and material unite. The first results of this work were in abstract form. But when he fully evolved his technique, he began to use it in order to create figurative images or objects in three dimensions, at the extent of visual illusion.

In 1965 he progress the development of his initial idea, to a curved, corrugated 'Baroque' organization, having strongly the element of movement, accompanied by higher chromaticity. Then through the folds of paper, begin to be formulated the first figurative motifs Consumer goods and everyday objects flowers and trees, initially enlarged by placing gigantism, trapped within genders Plexiglas, isolated from their environment, discharged from the use, operation and their properties. Insisting on specific issues, the artisan character in subtle, complex and intricate combinations of paper, plasticity and rich chromaticity resulting from -Never material itself does not use brushes and colors; become basic features of his work.

His works transcend the simple realistic record, they reflect the "idea" of the objects, and poetic aspects of everyday life and nature exude vitality and are turned into symbols. In the late 60s he creates a range of environments (Temple, Boutique Men Corridor, lecture hall, Forest), where the detachment between the viewer and the work is repealed. In 1973 Pavlos organizes an event (Museum Folkwang, Essen, Germany), which he later repeats: he uses special slow freezing glue to plan figures of athletes on a wall, which are revealed as soon as the viewer throws colored confetti on them. During the 1973 he starts dealing with aspects of the traditional painting, like still life while in his compositions during the 70s he starts using different perishable industrial materials. The still life with fruits, bottles and objects are developed symmetrically in the space around vertical axes and are distinguished for their lifelike chromaticity, the subtle tonal gradations which are created by the paper edges as well as the wonderful forms which look as if they have a velvet like surface.

In 1980 he represented Greece at the Venice Biennale, with an installation made of works on bolduc: monochromatic paintings and columns of bolduc rollers and compositions with repeating semi-cylindrical volumes of wrapping paper. In 1985 he presents his work environmental Flags (Athens Cultural Capital of Europe, Pierides Gallery): 12 giant flags of the EU create an inseparable whole, symbolizing the unity of the states and the need to preserve their cultural identity. Alongside the technique he has developed from the 80s he starts experimenting new ways of processing and using poster paper, moreover, he enriches his subject matter with a series of works where the dominant theme is the natural environment. By cutting the paper into small pieces or into long thin strips which combines together, he "compose", with references to impressionism and pop art, flowering meadows, open horizons, landscapes with trees, fields and seas with dazzling colors and blissful mood, reflecting the earth, sky, water and grass as something living, moving and evolving. In addition, he constantly returns to earlier themes with ingenuity, managed to escape the monotony and repetition: tree trunks with metal fibers, cypress trees in the area that restore the theme of the forest, collage with shop windows, clothes, three-dimensional still life attached on rectangular board flying color operations in an illusory game. Since the mid-90s his creation has as a subject the workshop, the work with brushes, paints, palettes and easels.

His first solo exhibition was held in Paris (Galerie J, 1964) and has since worked with major European galleries (Sonnabend, Iolas, etc.). After his first solo exhibition in Athens (Goethe Institute, 1971), he holds exhibitions in Greece regularly. He participated in significant events that highlighted the Greek avant-garde art scene abroad, such as the Avantgarde Griechenland (Berlin, 1968) and Eight Artists, Eight Attitudes, Eight Greeks (ICA, London, 1975). He represented Greece in the 1980 Venice Biennale and also participated in the Europalia festival (Belgium, 1982). In 1997, his retrospective exhibition was organized in Thessaloniki (Macedonian Museum of Contemporary Art), and was also presented in Athens (ASFA Factory). His project Football Players is located at the ‘Omonia’ station of the Athens Metro. 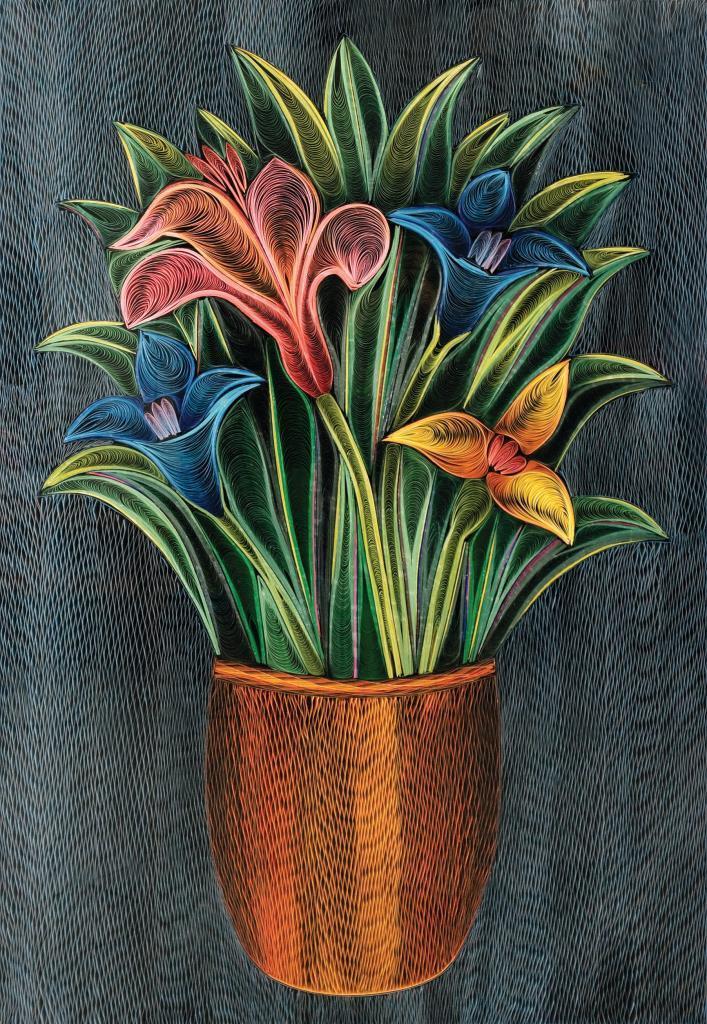 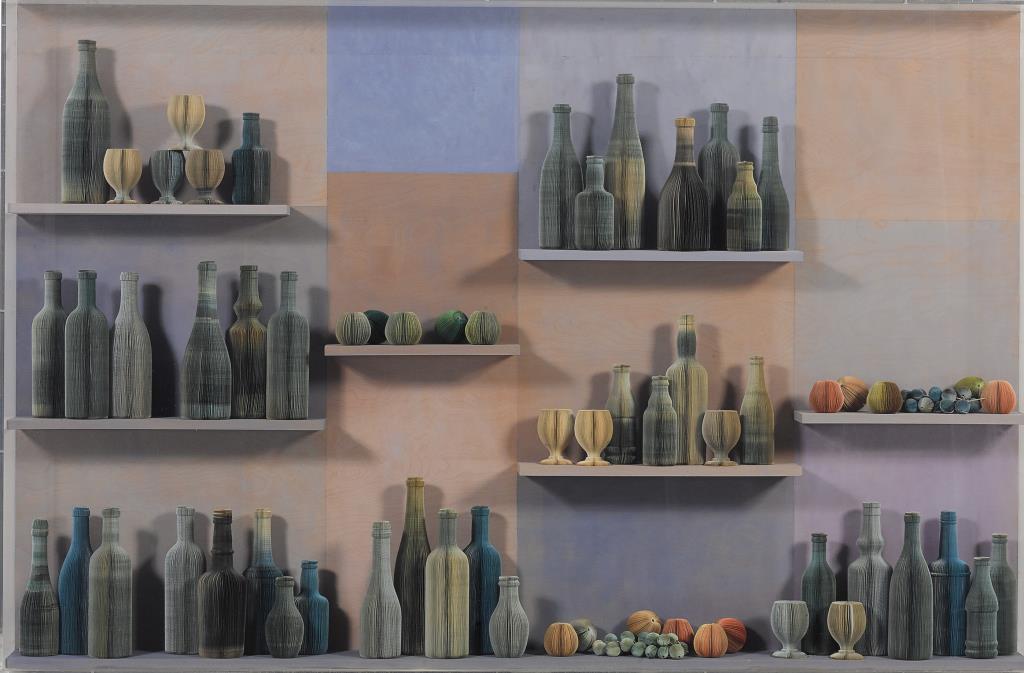 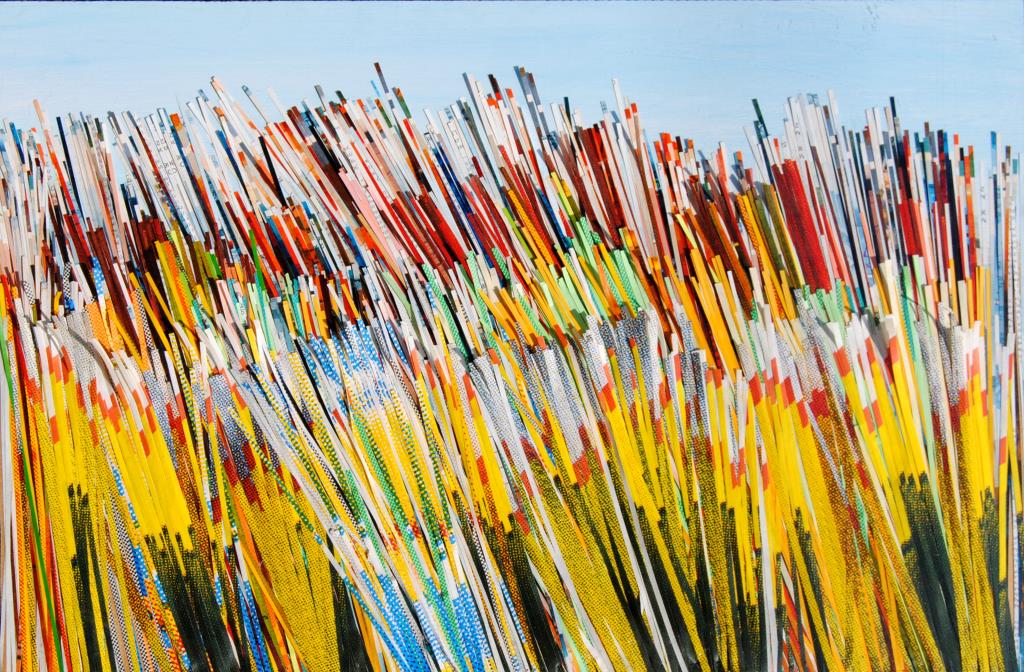 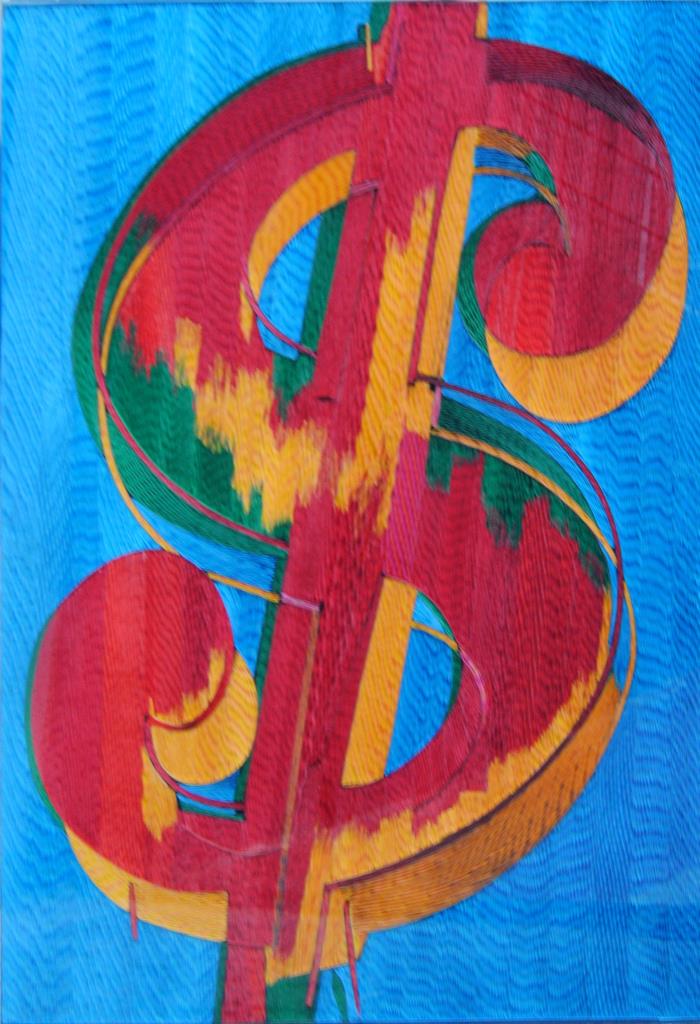 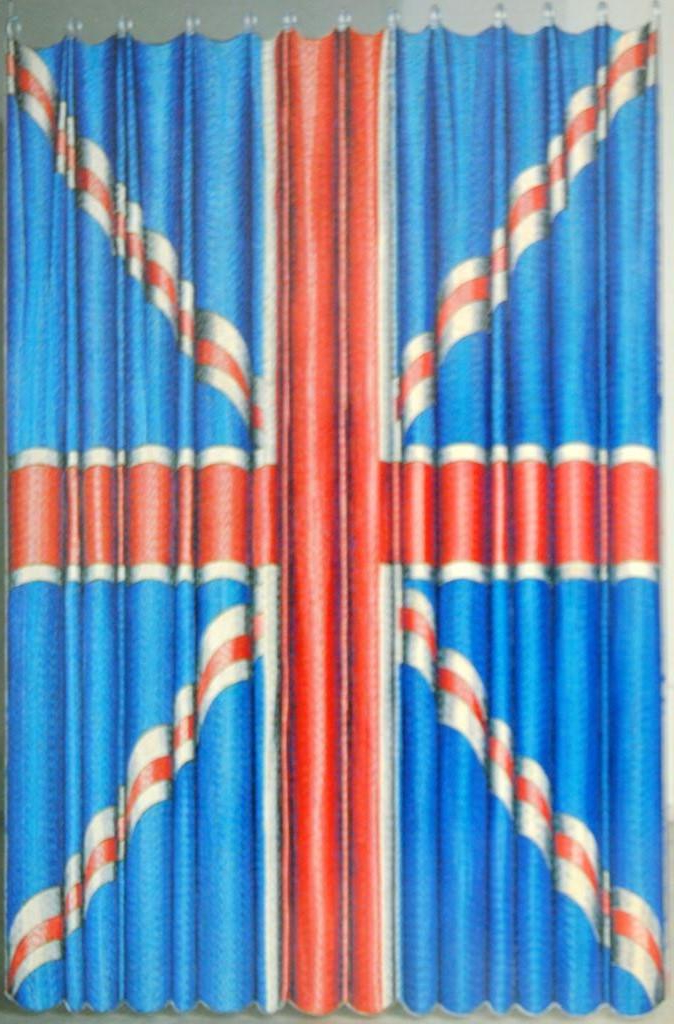