Cédric Bouteiller was born in 1970, in France and studied plastic arts and philosophy at the University of Aix-en-Provence. 4 While he starts a world tour visiting big cities New York, London, Paris, Tokyo, and Shanghai he starts gathering different images and memories. He then came back with images of all kinds that quietly waited while he plunged into the world of abstract. His meeting with Zao Wouki changed his life. Tàpies and Alechinsky are also part of his inspiration. Then in Arles, after long conversations with Lucien Clergue, Cédric Bouteiller discovered Picasso and Cocteau’s literary influences.

Improvisation and imaginary are the basis of his artworks, defining the so-called “Lyrical abstraction” movement; movement that was carried by Pierre Soulages, Joan Miro’ and that inspired renewed artists such as Jackson Pollock and Mark Rothko. Bouteiller is a multifaceted artist. In 2009, he gets closer to the Street Art using symbols, graffiti, stencils, and posters. His artworks are composed of printed images, collages, drawings and tags on brush aluminum covered with a translucent resin. His artistic expression is a combination of different techniques, a mixture of modern photographic perspective, contemporary painting, graffiti, digital art, and collage. The three keystones of Cédric Bouteiller are color, material, movement. 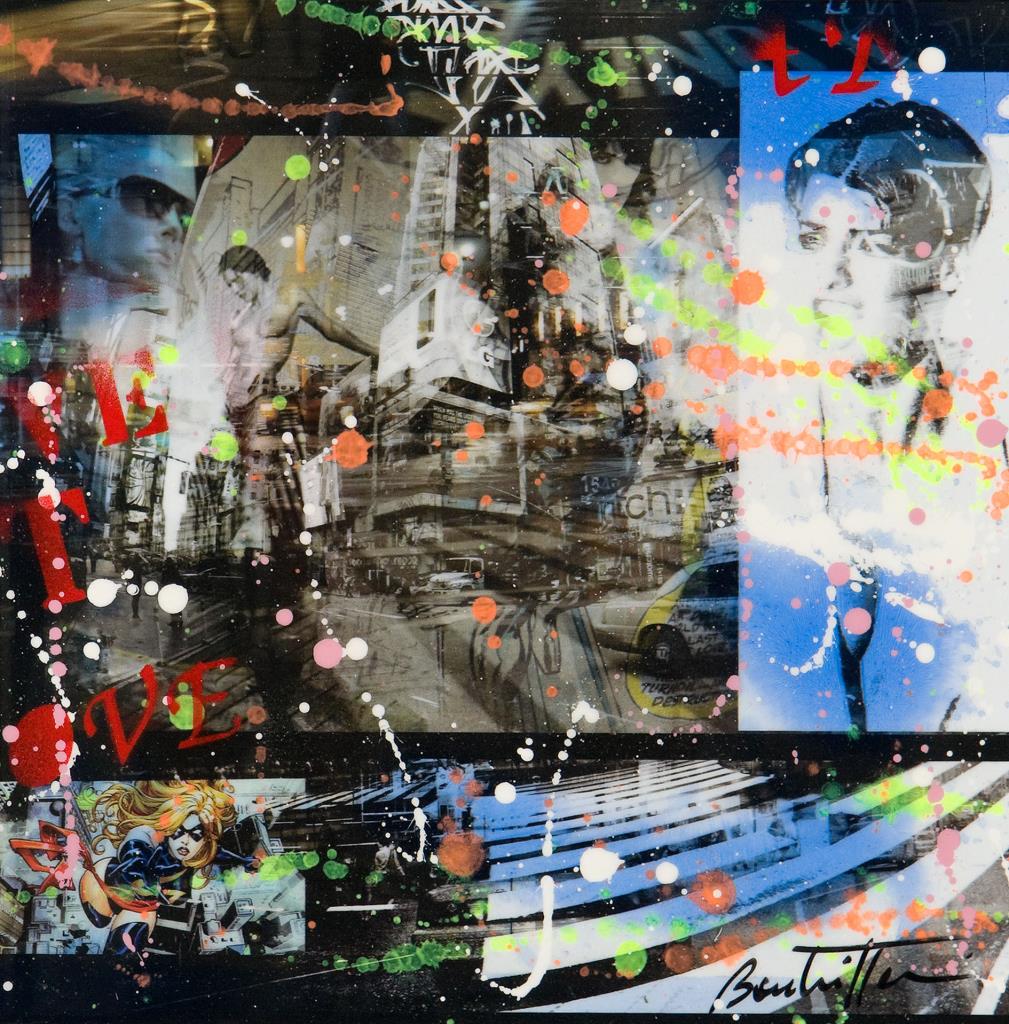 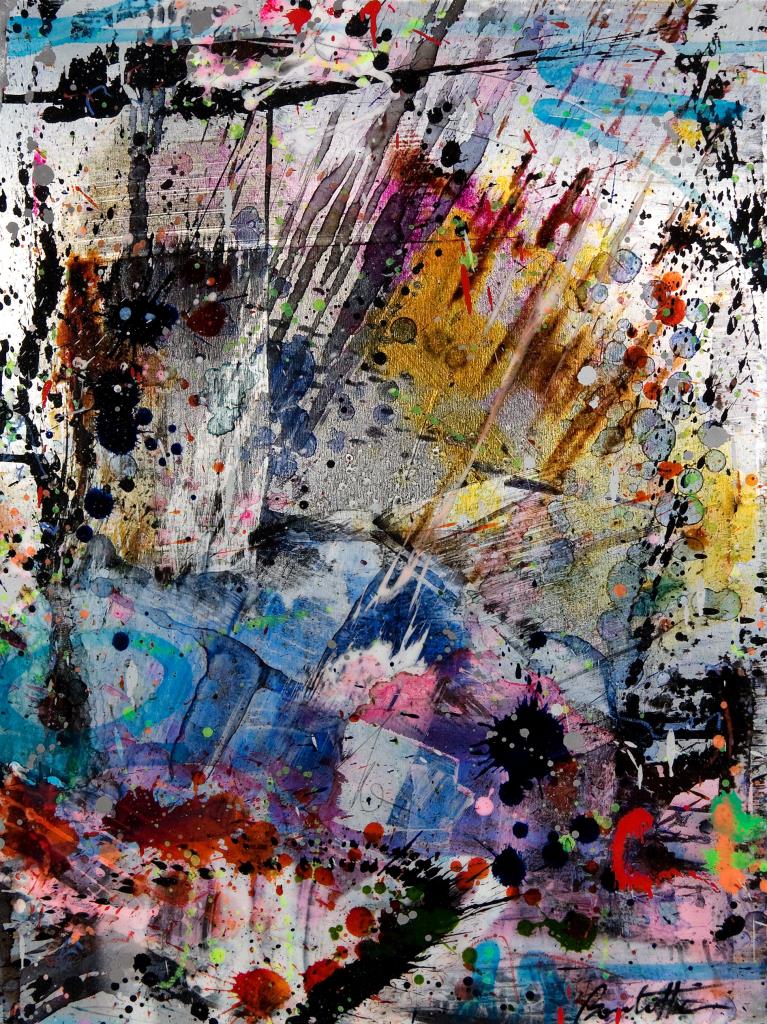 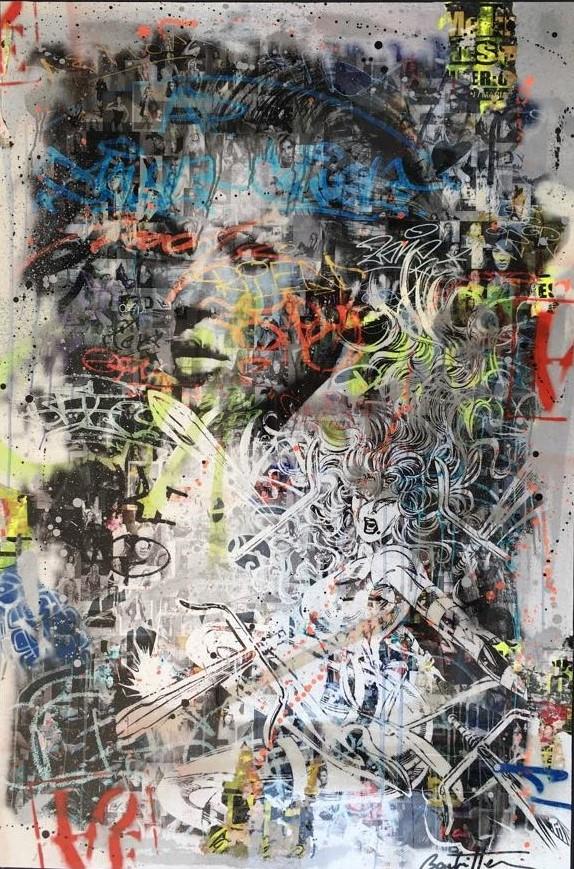 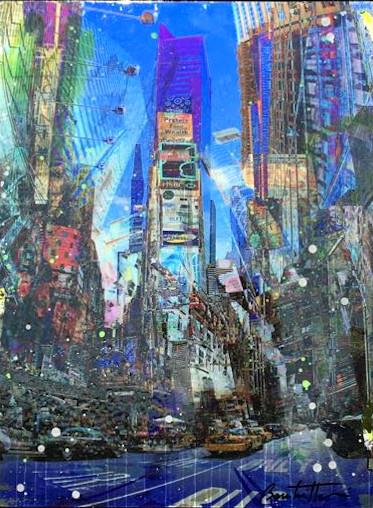 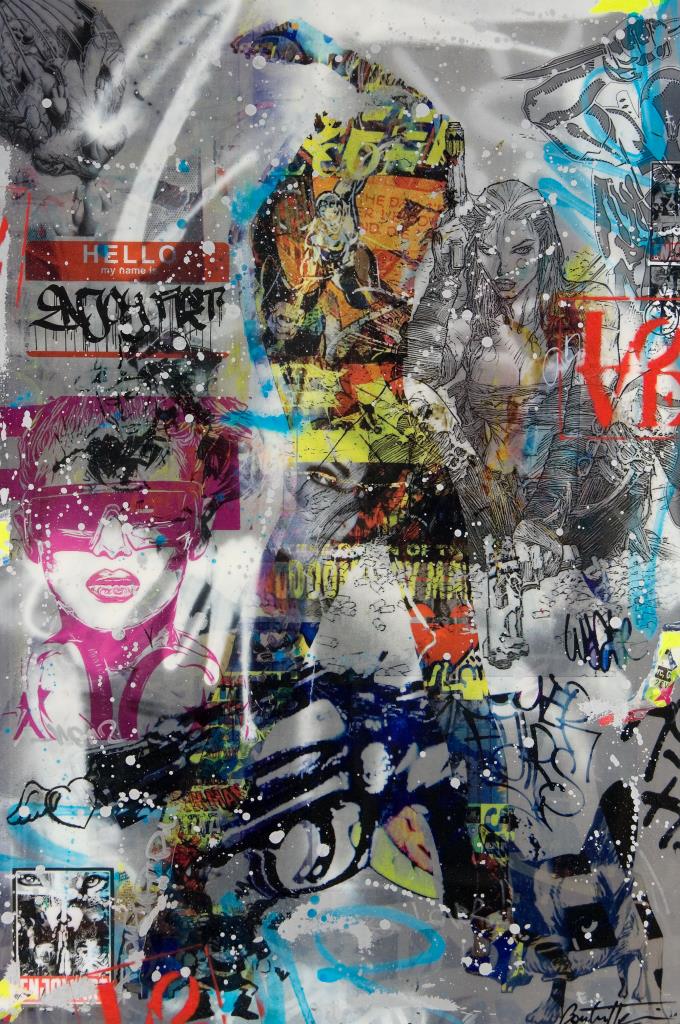